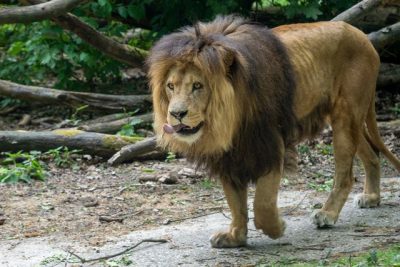 Dutch zookeepers got snippy with the king of beasts.

A lion who’d fathered many cubs –
in an action unexpected – he
was grabbed by keepers wearing scrubs
who provided a vasectomy.

He’d proved himself a virile sort,
as his progeny attested.
But he wouldn’t cough up child support
as each lioness requested.

Five cubs he sired, just last year;
there’s no question of his prowess.
So, this brings an end to his career.
Of a ladies’ man, he’s now less.

Once this remedy had been applied,
his productive seed was cut back.
But this lion still maintained his pride –
plus the contents of his nut sack.